This post is scheduled to go live on February 28, which is the anniversary of a brutal authoritarian crackdown by the Republic of China government in Taiwan. One of the reasons police permits are required for many hiking routes in Taiwan is that anti-government dissidents, including some of the people who rose up against the ROC government in the aftermath of 2/28, historically had a tendency to hide in the mountains. Nowadays, the police permit system is mainly for safety (the mountain police are often responsible for rescue efforts). The mountain police I’ve met are friendly, and one even taught me a bit of the local language (Truku, in that case) so that I could greet any indigenous people I might meet on the trail properly. But I think it’s worth reflecting on why the system of policing ‘restricted mountain areas’ was set up in the first place.

If you want to hike Beidawushan, officially, you need permit(s). 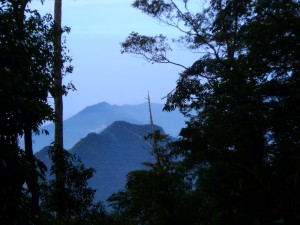 Thou shalt not enter without the permit.

If you take the national trail, all you need is a mountain police (入山) permit. You can get it from the National Police Agency headquarters in Taipei, you can get it from at least two different police stations in Taiwu township (I heard conflicting information about which police stations issue the permit, but if you end up at the wrong one, they can tell you how to get to the correct one), and you can also get it from the police headquarters in Pingdong county. You can even get the permit online, though apparently you have to set the encoding of your browser to ‘Traditional Chinese, Big 5’. You do not need to get this permit in advance – you can get it the day you start the hike. 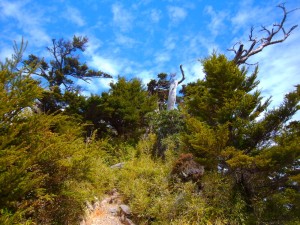 Supposedly, you need to present your permit to a police checkpoint to get to the trailhead, but I somehow never did this since local people were driving me around and never stopped at any checkpoint.

I also know that some people have hiked the national trail without getting a permit at all, and there were no consequences. Even the person who oversaw Cedar Valley Lodge didn’t check it – but they regularly switch employees, so just because the overseer I met didn’t check it does not mean other overseers do not check. 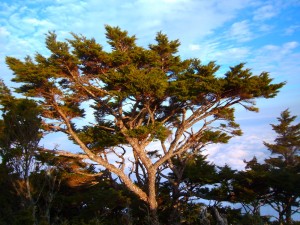 Can hemlock be used to make paper to print the permits on? (okay, cutting down the hemlock trees to make paper would be totally horrible)

I think it is also possible to hike Beidawushan via Nandawushan (Pingdong) or Paiyusenshan (Taidong) with just police permits, but you should ask the Pingdong or Taidong Forestry Bureaus to be sure.

If you attempt any other route, you will have to pass through either the Shuangguihu Wildlife Habitat or the Dawu Nature Reserve, and obtain a separate permit to legally enter those protected areas. You can get the forms (which of course are only in Chinese) here. I personally would never enter without the proper permit, but I know people who would go in without permits and probably get away with it.

The roads leading from the plains up into the hills to the trailhead are confusing, and many people get lost. The easiest solution is to hire a local driver. If you plan to spend a night in Taiwu township before the hike (highly recommended if you are interested in the Paiwan people) your accommodation should be able to arrange this. In a group of 3+ people the cost should be reasonable, especially if you choose to be picked up from Chaozhou train station instead of Pingdong train station. Local drivers probably will not get lost, but other interesting things might happen – for example, we went up through a minor road and another car was coming in the other direction – and the road was too narrow for the car to pass. On the other hand, the driver probably will not speak English. Also, watch out for motion sickness.

Remember to look out the window if you feel like puking.

If you are using your own transportation, make sure you have a good map and consult the locals (if you use directions from the internet or GPS, double check that all of the roads are still open).

Continue to the next part: “Sleeping on the National Trail”

3 thoughts on “The Beidawushan Series: Paperwork and Navigation”