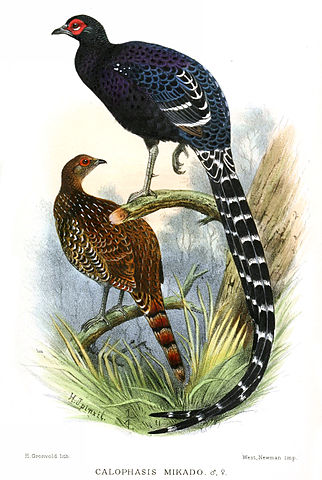 In the discussion of many topics using the English language, it is common for people to say thinks like ‘we want to be seen as fully human’ or ‘these stereotypes dehumanize this group of people. One set of topics – though certainly not the only set of topics – where I see these kinds of language frequently is asexuality and/or aromanticism.

So what do we mean when we say things like ‘aces/aros want to be seen as fully human’?

There are a few cases where the issue really is determining whether somebody is, in fact, a homo sapiens, but I would guess that in 99% of the conversations which talk about humanizing/dehumanizing/being recognized as fully human/etc. are not actually about whether or not a set of people are biologically homo sapiens.

Discussions of sexism are another place where the ‘humanizing/dehumanizing’ language is used a lot – as in ‘misogynists don’t regard women as fully human’. As a female, I will say this – if I could choose between the status quo, and an alternate universe where most non-female people mistakenly thought that women were Syrmaticus mikado rather than homo sapiens AND there was no sexism or misogyny, I would choose the alternate universe. Yeah, it’d be annoying if lots of people mistakenly thought I was a mikado pheasant, but (assuming that there is no prejudice against mikado pheasants, and people still correctly discerned my abilities – i.e. they knew I could use human languages, and did not expect me to fly, I could still receive medical treatment appropriate for humans, etc.) I think it would not be nearly as bad as sexism and misogyny. I think most female people would agree with me on this. Therefore, the issue isn’t really whether or not others recognize us as ‘human’.

So if we are not talking about whether somebody should be classified as a specimen of the species homo sapiens … what are we talking about?

So why do we describe this sense of belonging/respect/fairness/in-groupness as ‘human’ (or more accurately ‘being recognized as being human’)? Should, say, dogs be excluded simply because they are not homo sapiens?

The thing is, there are an awful lot of people who don’t consider a wide segment of the homo sapiens population to be worthy of respect, fairness, support, empathy, etc. I’m no psychologist/sociologist/anthropologist, but it seems to be that it’s part of ‘human’ nature to divide beings into in-groups and out-groups, and that one generally doesn’t need to respect members of the out-group the same way one needs to respect members of the in-group. And membership in the in-groups and out-groups rarely cuts strictly along species lines – for example, a lot of people would put dogs they have a personal relationship with in their in-group. It’s not even limited to animals (yes, homo sapiens are animals) – some people put, for example, trees in their in-group.

I think that what asexuals and aromantics are asking for is that we will not be pushed out of the in-group into the out-group (a.k.a. ‘the Other’) just because we are on the asexual and/or aromantic spectrum.

21 thoughts on “What Do We Mean When We Talk about ‘Humanizing’ and ‘Dehumanizing’?”