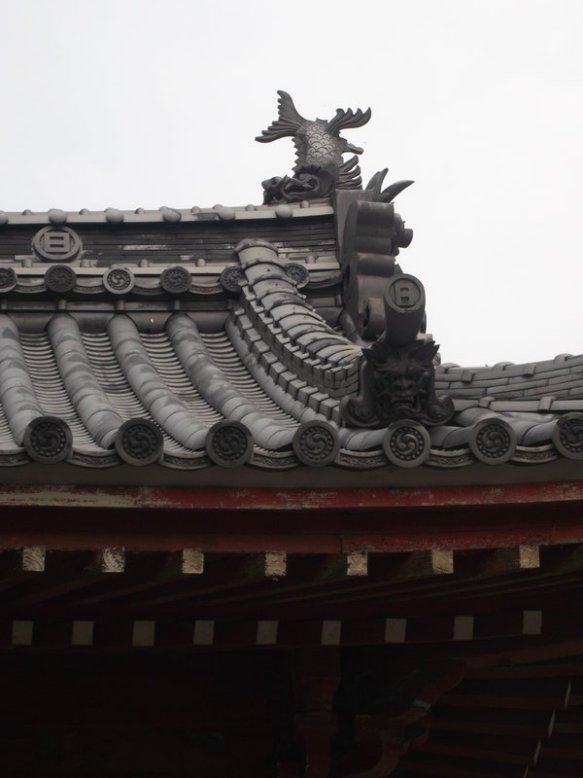 It took me over an hour to get from Temple 3 to Temple 4 – it was a much longer distance than the distance between any of the previous temples (then again, considering that Temple 37 is an 87-kilometer walk away from Temple 38, the 4.9 kilometers between Temple 3 and 4 is nothing. 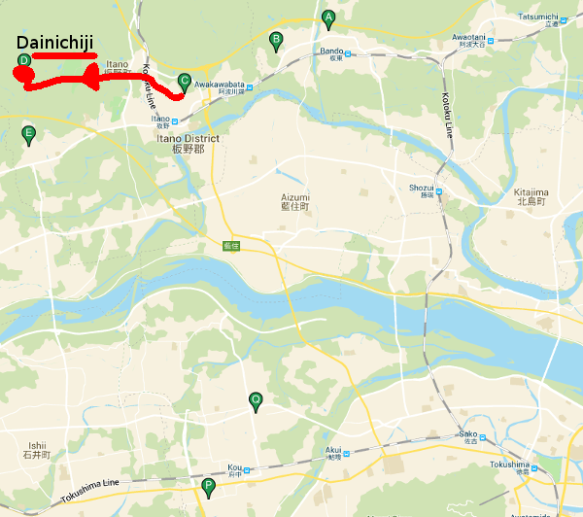 There were times when I thought I was lost because it was taking so long to get to Temple 4, and I wasn’t sure about some of the signs, and some of the paths … didn’t quite look like they were stomped on by tons of pilgrims (then again, the majority of pilgrims these days don’t travel by foot). 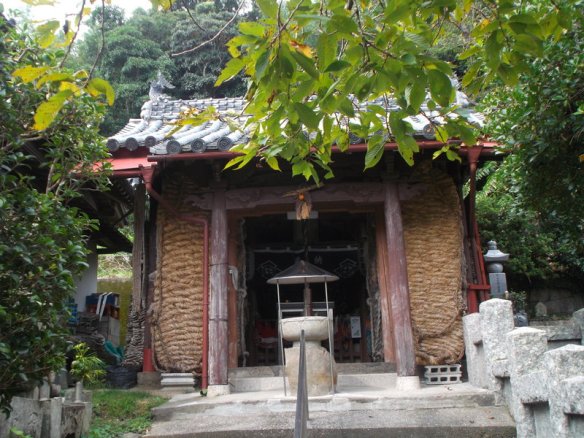 In the middle, I ran into a little temple, which is not one of *the* 88 temples, but has some kind of affiliation with the 88 temples, and for some reason is decorated with giant straw sandals. I bet the bus pilgrims don’t come through here. 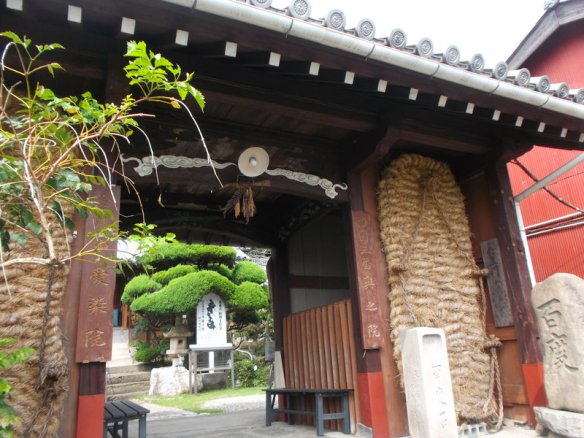 See, by the time I had been to Shikoku, I had travelled through rural Kansai, and rural Nansei Shoto (all of the islands south of Kyushu – I’ve I’ve written a little about it), and a couple spots in rural Kyushu, and the rural Sanin region, and rural Hokkaido (I’ve written some posts about rural Hokkaido), and rural Tohoku, and rural Chubu … and yeah, I had seen a lot of Japanese countryside, and basically the only thing in this corner of Shikoku which stood out to me was the temples themselves and the pilgrims. I had seen everything else before. 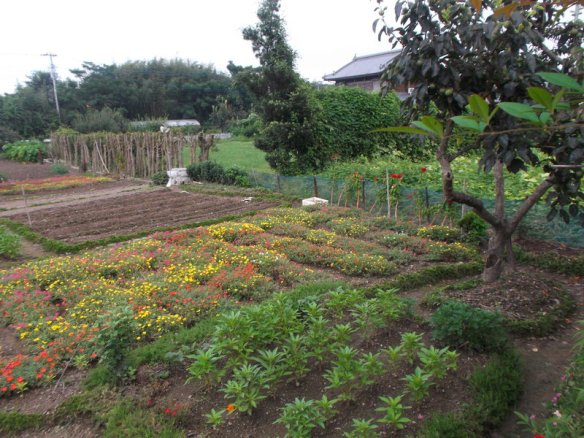 Walking was okay – I could think my thoughts while I was walking, and I did satisfy my curiosity about what this specific part of Shikoku was like (after all, this was my first taste of rural Shikoku). I’m sure that, say, walking through the really rugged and sparsely populated parts of Kochi Prefecture is a different experience. 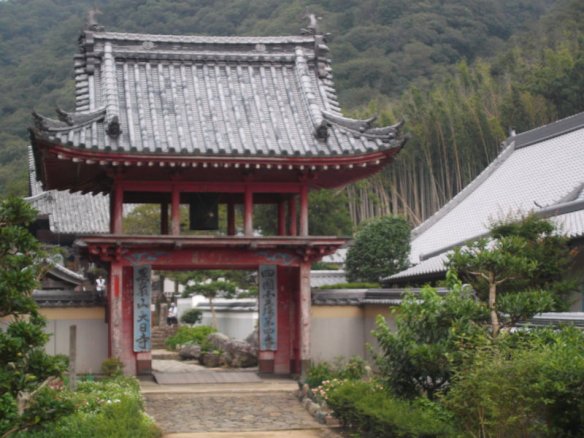 The gate of Temple 4, Dainichiji

Finally, I reached a road where I saw a henro on a motorcycle zooming on his way, and soon enough, I was at the temple. As you can see in the map at the top of this post, it’s a bit removed from the more settled area and is tucked into the hills. 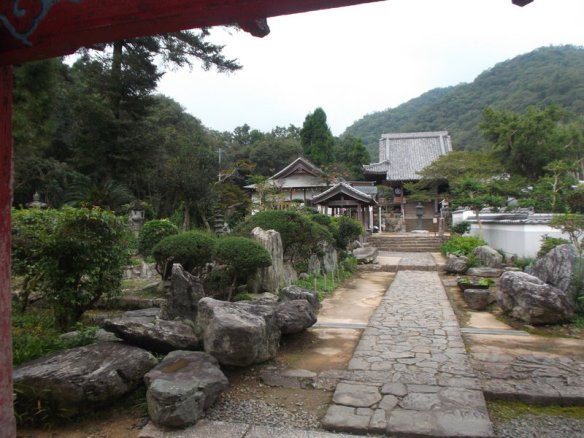 The fact that it is in the hills and is a bit secluded definitely gives it a different vibe than the other temples I visited as a one-day pilgrim.

The next post will present the final temple of my mini-pilgrimage. 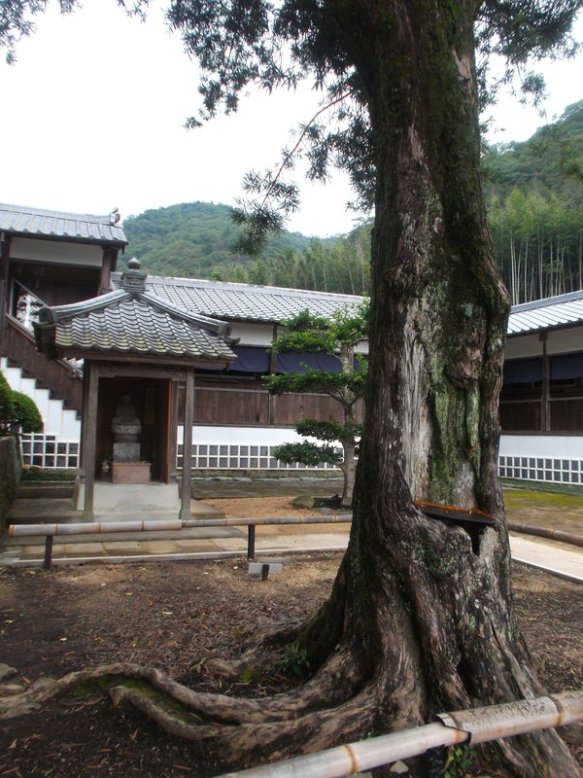 1 thought on “Six Days in Shikoku: Dainichiji, the Fourth Temple”