Fictional genres have expectations that are well known to their readers, such as the ‘central love story’ and ‘happily ever after/happily for now’ criteria for ‘romance’ stories. If a ‘romance’ story has a tragic ending, and it’s not a subgenre like ‘tragic romance,’ readers will feel cheated. By contrast, a ‘soap opera’ can put a romantic relationship at the center of the story without an expectation of a happy ending. The key genre expectation of ‘memoirs’ is that the story is true, the key genre expectation of political satire is that it will make fun of politics in a dry way, etc.

Back when this blog started talking about wuxia, the term ‘wuxia’ was pretty much only used by English speakers who had some familiarity with the wuxia classics and thus at least a vague sense of the genre expectations. In intervening years, the term ‘wuxia’ has sprouted among English-speakers in a bad game of telephone where the original understanding of the genre has been garbled.

END_OF_DOCUMENT_TOKEN_TO_BE_REPLACED 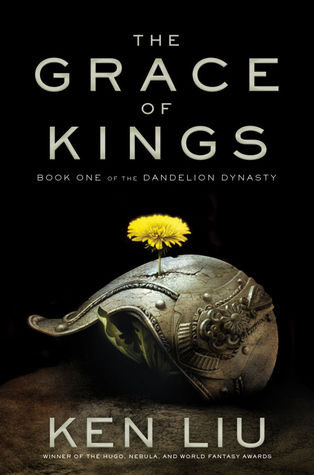 I recently read The Grace of Kings by Ken Liu. I enjoyed it.

I was thrown off by this blurb from Wes Chu “Ken Liu wrote the Wuxia version of Game of Thrones.” As far as I could tell, The Grace of Kings is not wuxia at all. Wes Chu is entitled to his opinion, but because I read the blurb before I read the novel, I was looking forward to some wuxia elements, and was disappointed when I did not find them. That is unfair to the novel, because it is very good on its own terms.

I did not know the premise of the novel before I read it, but I figured out pretty quickly that Emperor Mapidéré = Qin Huangdi, Kuni Garu = Liu Bang, etc. – it is obvious to any reader who has the slightest clue about that era in ancient Chinese history. My classmates in my middle school would have made at least some of the connections, and most of them were not history buffs. (By the way, if you do not already know the history of the early Han dynasty and plan to read this novel, FINISH THE NOVEL BEFORE YOU DO ANY HISTORICAL RESEARCH, because the historical research will spoil the plot of the novel for you). 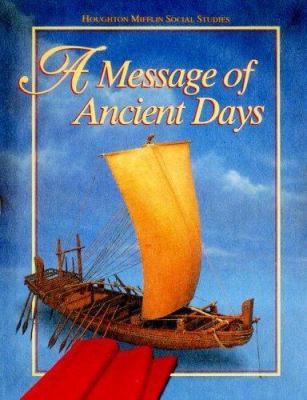 This was the textbook we used in the middle school history class where we covered the Qin and Han dynasties – though our teacher taught us a bunch of extra stuff about Qin Huangdi, I guess she was really interested in him.

But being influenced by Chinese history does not make a story wuxia, just as the fact that George R.R. Martin was influenced by the War of the Roses does not mean that Game of Thrones is an Elizabethan history play.

To be sure, wuxia is one of the creative influences on The Grace of Kings, but so are Homer’s epics. It would make just as much sense to say that The Grace of Kings is the ‘Homeric’ version of Game of Thrones.

In wuxia, things which stretch or even break the limits of nature as currently understood are quite common – such as a character with superhuman skill – but blatantly magical/supernatural/divine stuff is off-limits. For example, in The Romance of the White-Haired Maiden, the protagonist was raised by wolves, she is so shocked by her lover’s betrayal that her hair turns white overnight, and the only way to restore her original hair color is a flower which only blooms once every hundred years (or was it sixty years – it’s been years since I read the book). Improbable, but it does not require a magical/supernatural/divine explanation. Wuxia has barely enough fantastical elements to separate it from historical fiction (Simon McNeil discusses this in greater length).

In The Grace of Kings, gods who are bicker and manipulating mortals. This does not happen in wuxia. As soon as gods are active characters in a story, it is no longer wuxia, it is xianxia or xuanhuan or some other genre. The bickering gods act like they came out of the Iliad, so that suggests Homeric influence.

This is a scene from a famous wuxia story which takes place in Russia.

Another thing which makes The Grace of Kings ~not wuxia~ is the fact that it is a secondary fantasy. Wuxia (theoretically) takes place in our world, usually in China between the Tang and Qing dynasties, but it can also be set in Vietnam, Russia, Joseon-dynasty Korea, Kazakhstan, 1930s Chicago, 1980s Changhua, etc. Honestly, I am slightly surprised that I have not found an wuxia story set in California, though I am sure it exists. However, if it is secondary fantasy i.e. set in a world other than ours, it is xianxia or xuanhuan or some other genre.

Let’s talk more about that wuxia story set in Toronto, The Black Trillium which I blogged about. The characters are all thoroughly Canadian (except the characters from Seattle). Yet I recognize it as wuxia. Aside from the fact that The Black Trillium is set in our world and refrains from blatantly magical/supernatural/divine stuff, what makes it wuxia?

This is Canadian wuxia (actually, The Black Trillium is nothing like this, I just wanted to have fun with stereotypes).

Another essential element of wuxia is the development of the characters’ specific skills, or at least how they use their specific skills. Usually this means their martial arts skills, though it could be something else, such as making/deploying poison (I read an wuxia novel where the protagonist has to become a master poisoner and then win a tournament by out-poisoning the other contestants in poisoning duels). We see this in spades in The Black Trillium. We do not see much of this in The Grace of Kings. Yes, the characters get wiser, but we do not see them perfecting their techniques. (In great wuxia, the techniques are used as metaphors to give the story a deeper meaning).

For me, one of the most essential parts of wuxia is the opera. Many wuxia stories, if you strip away the martial arts and the training, are practically soap operas, i.e. ‘someone murdered my dad, and I fell in love with this girl/boy, but her/his dad is the dude who murdered my dad, and if I kill her/his dad for vengeance I won’t be able to marry her/him, oh woe is me’. The personal relationships of the characters come first in the story, even in the wuxia stories which have an obvious political message. While I had some complaints about how The Black Trillium did this, I do recognize that it was at least trying to do this. By contrast, The Grace of Kings puts more focus on the course of history than on the personal relations of the characters.

Most of all, in The Grace of Kings, the political upheavals take center stage, and the relationship between the protagonists feels like an incidental part of the story, almost forced. The protagonists consider their brotherhood disposable, so when they have to choose between their relationship and their ideals/dreams, the choice is easy. You could take away the brotherhood in The Grace of Kings, and though the protagonists would have a bit of a change in their motivations, the story would still be basically the same.

In spite of being written by a white dude in English and set in Canada, The Black Trillium feels way more like wuxia than Western epic fantasy.

Of course, I’m not the official arbitrator of what is real wuxia and what is not real wuxia. After all, I disagree with some parts of the TVTropes descriptions/definition, and you have no reason to trust me more than TVTropes. The post reflects my very subjective idea of what wuxia is. An wuxia fan who does not care so much about whether there is a limit on magical/supernatural/divine elements, whether there is skill-building, or whether there is an emphasis on personal relations, but DOES care about whether there are allusions to classical Chinese history/literature, might recognize The Grace of Kings, and not The Black Trillium, as wuxia.