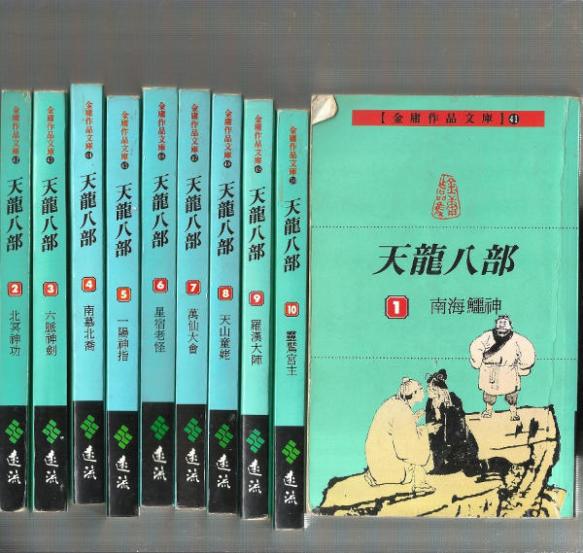 The copy of Demi-Gods and Semi-Devils which I read in Taiwan looked exactly like this. You can see that this edition is 10 volumes long.

A couple of weeks ago, I mentioned that the book 20 Master Plots by Ronald B. Tobias claims that any story plot can be summarized by a single question. This is certainly true of many stories, perhaps most stories, but the very first counterexample which came to mind was Jin Yong’s novel Demi-Gods and Semi-Devils (Tiān Lóng Bā Bù, from now on abbreviated as TLBB). I cannot think of any question which can summarize the whole plot, except for vague questions such as ‘will the protagonists find their place in the world?’ or ‘what perverse nonsense will happen next?’ which are so vague that they tell you little about the story (honestly, I think the latter question is the more informative one). Contrast that to a specific question like ‘will Othello believe that Iago is telling the truth about his wife?’ which is what Tobias claims is the central question of Othello. And forget about “>Tobias’ plot patterns. Even Way Of Choices can be classified as having an ‘Underdog’ plot with lots of plot arcs nested within it, including a huge ‘Quest’ plot – I don’t think it’s possible to claim that TLBB has a single dominant plot pattern.

[General spoiler warning: this post will contain some spoilers for Demi-gods and Semi-Devils. I’ve edited out the huge spoilers, but this ain’t going to be spoiler-free] 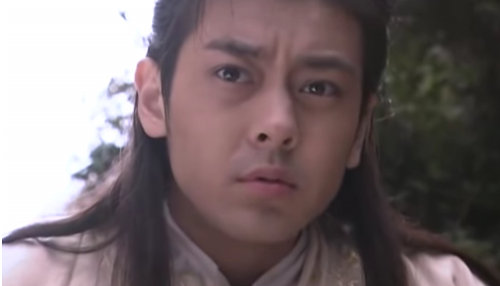 Every summary I’ve seen of TLBB is split into three parts, one part for each protagonist (Duan Yu, Qiao Feng, and Xuzhu). That is because it is very difficult to come up with a coherent plot summary without treating each protagonist separately. In fact, by the guidelines set out by Tobias, TLBB actually has three different plots (Tobias does not recommend having multiple plots in a single work of fiction).

Can I come up with a single question to summarize each protagonist’s story? Maybe.

I’m still not sure I can come up with a better question to sum up Duan Yu’s story than ‘what perverse nonsense will happen next?’ I mean, I suppose ‘who will Duan Yu marry and will he return home?’ covers most of his plot, but since that’s actually two questions I do not feel like that counts. And maybe instead of ‘who will Duan Yu marry?’ the question should be ‘will Duan Yu end up in an incestuous relationship with one of his sisters?’ because that is the point which is more interesting to many readers. Maybe the question is ‘will Duan Yu manage to come home without shaming his family by having incestuous relations with his sisters?’

Does Duan Yu’s story fit into one of Tobias’ plot patterns? One could argue that it is an example of a ‘Maturation’ plot, but in my opinion it best fits the ‘Adventure’ pattern. Yes, Duan Yu does mature during the course of the story. He starts out as a happy-go-lucky, pacifist, naive, spoiled prince, and by the end he’s not even a prince anymore. But that is not the main focus of his plot. When I talk to people about TLBB, they don’t talk about how Duan Yu’s character changes, they talk about all of the wild shit that goes down during his travels. You can get a pretty good sense of what his travels are like just by looking at how his story begins – this is how it is portrayed in the TLBB 2003 (w/ Eng subs) (it’s much funnier in TLBB 1997 but there are no English subs). 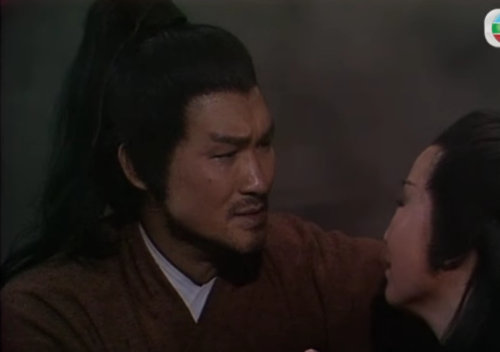 Bryan Leung as Qiao Feng in Demi-Gods and Semi-Devils 1982.

I find it much easier to sum up Qiao Feng’s plot in a single question “Will Qiao Feng find his place among the Song Chinese people or among the Khitan people?” He considers himself to be Song Chinese and loyal to Song China, yet they exile him and try to kill him (partially because they believe he committed some murders). The Khitan people of the Liao empire accept him, but they are at war with Song China, and being loyal to Liao empire would mean hurting the [Song Chinese] people he swore to protect.

Does Qiao Feng’s story fit into one of Tobias’ plot patterns? I think an argument could be made for ‘Quest’ or ‘Discovery’ since Qiao Feng seeks the truth about the past and present, and he seeks where he belongs (I lean towards ‘Discovery’ since Qiao Feng wants information more than he wants to change his life). He wants to know about his parents, and he also wants to find the real culprit behind the murders that he is accused of committing. (And no, even though Qiao Feng has some murders to ‘solve’, this is not a ‘Riddle’ plot because, when he learns who the real murderer is, it does not solve his problems at all).

And then there is Xuzhu and his story. The basic question for his plot, I think is ‘will Xuzhu ever go back to living as a monk?’ Or rather ‘how will Xuzhu adjust to the end of his monastic life?’ since at some point the reader figures out that he is never going back. He wants to be a monk, but he keeps on being coerced to break his monastic vows (yes, that is a picture of Xuzhu in this old post of mine). Even though he does not break his vows of entirely of his own free will, other characters consider them just as broken as if he had willfully made those choices. I think his story has what Tobias would call a ‘Transformation’ plot.

Those of you who are familiar with the story may be wondering why I’m not classifying Duan Yu and Xuzhu’s stories as ‘Discovery’ plots. The answer is simple: Qiao Feng knows early on his story that he has some mysteries to solve. By contrast, Duan Yu and Xuzhu are completely oblivious to the skeletons in their families’ closets (well, Duan Yu isn’t completely oblivious, he just does not know enough to be concerned), so their plots aren’t about them seeking the truth. When they do learn The Horrible Truth, it hits them like anvils falling from the sky – they had no idea what was coming.

I think it is pretty clear that TLBB does not have a unified plot, at least not in a way that Tobias would recognize. It cannot be summed up by a single question (unless that question is uselessly vague), nor can it be said to fit any single dominant plot pattern. Heck, one could split up Duan Yu, Qiao Feng, and Xuzhu’s stories, write them up as separate novels, and they would work at standalones (and come a lot closer to following Tobias’ guidelines for creating plots).

Yet does TLBB fail because of its disunited plot?

Every reader has their own opinion, but in terms of popularity, it is extremely successful. It is one of the most popular and widely read novels of the 20th century, and has been adapted for TV five times (and at least three of those adaptations were very popular), which is to say nothing of the other adaptations. I have also met quite a few people who say that TLBB is one of their favorite novels.